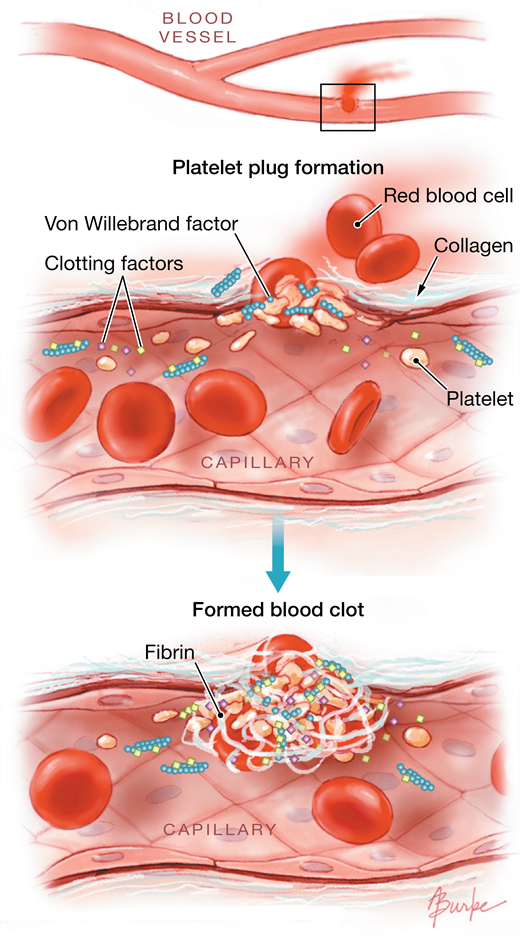 What are bleeding disorders?

Hemophilia is a bleeding disorder that affects approximately 1 in 10,000 people. People with hemophilia do not have enough clotting factor VIII or IX in their blood. As a result, they can bleed for longer than normal.

Rare clotting factor deficiencies are disorders in which one of several clotting factors is missing or not working properly. Less is known about these disorders because they are diagnosed so rarely. In fact, many have only been discovered in the last 40 years.

Finally, inherited platelet disorders are conditions in which platelets don’t work the way they should, resulting in a tendency to bleed or bruise.

Hemophilia is a bleeding problem. People with hemophilia do not bleed any faster than normal, but they can bleed for a longer time. Their blood does not have enough clotting factor. Clotting factor is a protein in blood that controls bleeding.

The most common type of hemophilia is called hemophilia A. This means the person does not have enough clotting factor VIII (factor eight).

How do you get hemophilia?

People are born with hemophilia. They cannot catch it from someone like a cold.

Hemophilia is usually inherited, meaning that it is passed on through a parent’s genes. Genes carry messages about the way the body’s cells will develop as a baby grows into an adult. They determine a person’s hair and eye colour, for example.

Sometimes hemophilia can occur when there is no family history of it. This is called sporadichemophilia. About 30% of people with hemophilia did not get it through their parent’s genes. It was caused by a change in the person’s own genes.

In rare cases, a person can develop hemophilia later in life. The majority of cases involve middle-aged or elderly people, or young women who have recently given birth or are in the later stages of pregnancy. This condition often resolves with appropriate treatment.

The severity describes how serious a problem is. The level of severity depends on the amount of clotting factor that is missing from a person’s blood.

The signs of hemophilia A and B are the same:

The Q2 Plus Meter from MicroPoint Technologies allows the doctor to perform a simple APTT test with a finger prick.The activated partial thromboplastin time (APTT)is used as a general screening test for the detection of coagulation abnormalities in the intrinsic pathway. The APTTis sensitive to deficiencies or abnormalities of factors VIII,IX,XI,XII,X and II,prekallikrein,high molecular weight kininogen(HMWK),and fibrinogen. If the patient is suffering from Hemophilia disorder the APTT results are higher than normal thus helping the Health Care Provider with instant information with APTT screening results. The abnormal results however can further be confirmed by performing a Lab investigation specific for any deficiency including Factor VIII or IX.

The q2 Plus is available for Professional Point of Care Testing for screening of Hemophilia (Baseline APTT Test Result) with instant results. The q2 Plus docks with e-Station for easy data uploading and hard copy printouts. The devise is also equipped with inbuilt barcode scanning for Patient ID or Test Barcode info capture.

This product is exclusively marketed by Operon Biotech & Health Care headquarted At Bangalore in India.